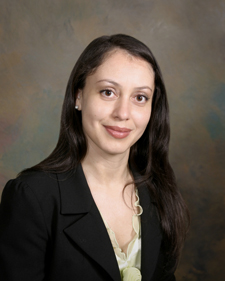 During law school I had the guidance of my mentor, friend and a woman I consider family, Administrative Law Judge, Claudette McWilliams who helped, encouraged and guided me throughout law school and my career. While in law school, I was trained to teach group fitness classes; specifically cardio kick boxing, and later became a certified spinning and cycling instructor.

After law school I went to work for Squires & Lopez as a criminal defense attorney and gained a knowledgeable mentor and lifetime friend with The Honorable Angel Lopez, Multnomah Circuit Court Judge.  I later expanded my practice to personal injury and thereafter started a bilingual law firm.  I represent people in personal injury, catastrophic injuries, wrongful death, and criminal defense.

I married my college sweetheart and later had a daughter.  As a family we enjoy being active and outdoors ranging anywhere from riding our bikes to skiing, and enjoy watching the ducks play football at Autzen Stadium.  I have seen the benefits and rewards of being fluent in English and Spanish and have passed along this tradition to my daughter.  I am proud to say that my daughter is not only learning English and Spanish but also Chinese at a mandarin immersion school.

The information you obtain at this site is not, nor is it intended to be, legal advice. You should consult an attorney for advice regarding your individual situation. We invite you to contact us and welcome your calls, letters and electronic mail. Contacting us does not create an attorney-client relationship. Please do not send any confidential information to us until such time as an attorney-client relationship has been established.